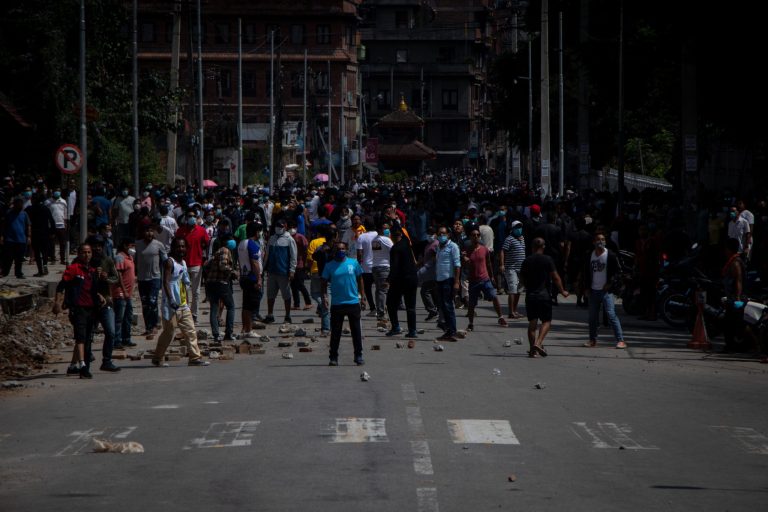 Chief District Officer of Lalitpur, Narayan Prasad Bhatta said no permission was granted to organize both the Machindranath Jatra and the Bhote Jatra  because of the risk of COVID-19 pandemic. However, many people, mostly local youths, gathered at on the street chanting the slogan, “You can’t stop the festival; we don’t need higher authorities’ order. We want to continue with our tradition.”

Lalitpur police tried to dismantle the gathering of people who assembled at Pulchowk using water cannons and tear gas. This is the where this ritual turned into violence as locals (i.e. youths) started to throw stones, bricks and bottle towards police as counter attack.

This fight between two sides sparks when locals beat Traffic Police Kamal Prasad Ghimere who was going to bring his bike. He was beaten so badly that he is still admitted to Alka hospital. His head and hand is severely injured and the preparations for CT-SCAN is being made according to Alka hospital.

Later, it was informed that 9 suspects from different parts of Kathmandu, Bhaktapur and Lalitpur were arrested whom are believed to be involved in beating  Traffic Police Kamal Prasad Ghimere.

Newspaper is your news, entertainment, music fashion website. We provide you with the latest breaking news and videos straight from the entertainment industry.